The Liset is the first Landing Craft that new players acquire during the Vor's Prize Introduction Quest, along with the various segments for the ship. The Liset comes with the Override air support ability, negating any lockdowns or alarms on the Tile Set without requiring the player to hack a console, and will also temporarily halt any countdown timers that activate during Rescue and Spy missions.

Liset skins can be applied to the Liset through the Equipment > Orbiter > Landing Craft > Livery option of the Main Menu.

Athari
Available from The Pyrus Project and Nightwave 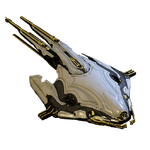 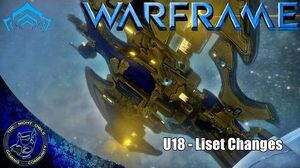