Secura Lecta
CODEX
Half taser, half whip. The Corpus Lecta, delivers a deadly shock to anything it touches.

The Lecta is a

The Lecta's blueprint can be purchased from the Market. Alternatively, it can be acquired from completing the Saturn to Uranus Junction. 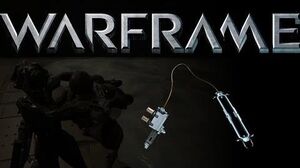 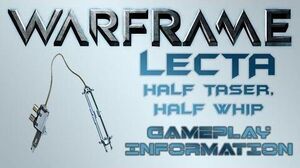 Retrieved from "https://warframe.fandom.com/wiki/Lecta?oldid=2172775"
Community content is available under CC-BY-SA unless otherwise noted.