“Market forces dictate that you need to evolve or die.”
This item is no longer available for purchase.

Lato, featuring higher base damage, critical stats, and status chance. The Lato Prime is a Founders-exclusive weapon released alongside

In the Global build of the game, the Lato Prime was only available to owners of the Grand Master Founders package that was offered between December 19, 2012 and November 1, 2013.

In the Chinese build, anyone who purchased the 4,250 Platinum bundle during October 28, 2016 also received the Lato Prime. (See Trivia) 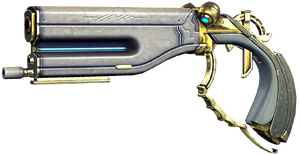 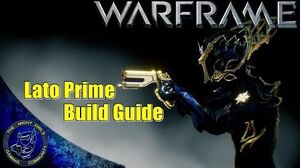