The Kuva Tonkor is the Kuva variant of the

Tonkor grenade launcher, sporting increased critical chance, status chance, reserve ammo, reload speed, damage and a wider spread of damage types, as well as removing the minimum arming distance thus making the grenades explode on impact and even at closer ranges - which can stagger its wielder.

Kuva Tonkor is obtained by vanquishing a Kuva Lich who generated with one equipped. After the Lich is vanquished it will be in the player's Foundry ready to claim. 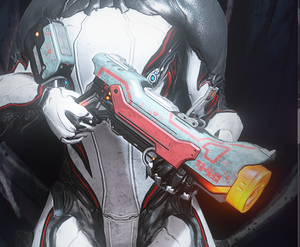 Kuva Tonkor as shown in the arsenal 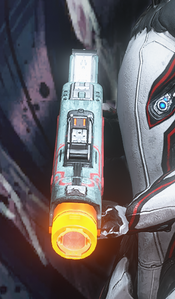 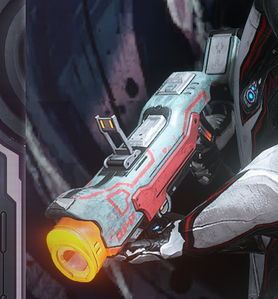