CODEX
Unlike a standard Quartakk this Kuva Lich variant fires automatically from the hip while retaining its signature feature when aimed: annihilating targets with four simultaneous shots.

The Kuva Quartakk is the Kuva variant of the

Quartakk quadruple burst rifle, acting as a direct upgrade. Functionally similar to the

Quatz, the Kuva Quartakk also features an automatic firing mode from hip-fire, while retaining its signature burst-fire mode while aiming down sights.

Impact damage by a small margin.

Kuva Quartakk is obtained by vanquishing a Kuva Lich who generated with one equipped. After the Lich is vanquished it will be in the player's Foundry ready to claim. 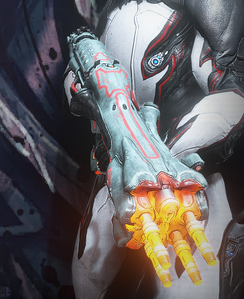 Kuva Quartakk when equipped in the arsenal 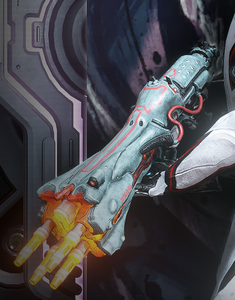 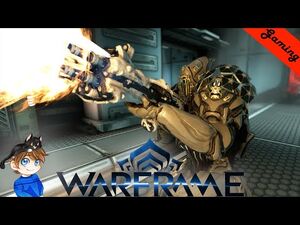