CODEX
The custom weapon of a fearsome Kuva Lich. Unlike the basic version the Kuva Ogris fires detonite-infused casing semi-automatically, from a smaller magazine, while dealing greater damage per shot

The Kuva Ogris is the Kuva variant of the

Ogris rocket launcher, firing rounds in a semi-automatic fashion rather than a short charge-up and with increased damage and status chance, with its damage altered to include physical types, but from a smaller magazine.

Kuva Ogris is obtained by vanquishing a Kuva Lich who generated with one equipped. After the Lich is vanquished it will be in the player's Foundry ready to claim. 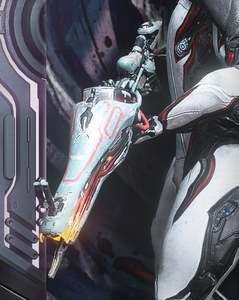 Kuva Ogris as shown in the arsenal 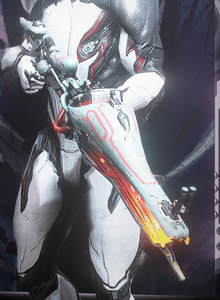