CODEX
This powerful Grineer burst rifle has been retrofitted to add semi-automatic and automatic firing modes.

The Kuva Hind is the Kuva variant of the

Hind, featuring overall higher stats but with slower reload speed. In addition to its five-round burst and semi-automatic fire, the Kuva Hind sports a fully-automatic fire mode, all of which can be cycled through the Alternate Fire.

Kuva Hind is obtained by vanquishing a Kuva Lich who generated with one equipped. After the Lich is vanquished it will be in the player's Foundry ready to claim. 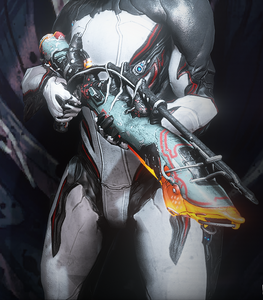 Kuva Hind when equipped in the arsenal 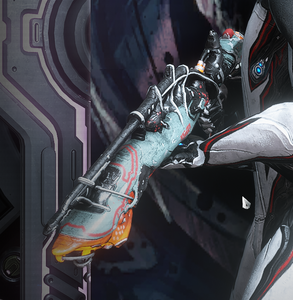 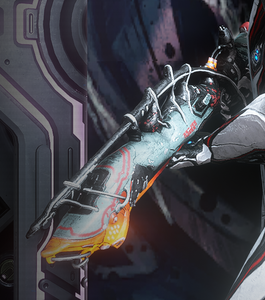