CODEX
Forged at the behest of the Worm Queen herself, this already powerful shotgun now has the additional ability to fire from all four barrels simultaneously.

The Kuva Hek is the Kuva variant of the

Hek shotgun, with boosts to its critical chance and falloff range, along with its damage, critical multiplier, and status chance surpassing the

Vaykor Hek. It has the unique ability to fire all four barrels simultaneously via Alternate Fire.

Kuva Hek is obtained by vanquishing a Kuva Lich who generated with one equipped. After the Lich is vanquished it will be in the player's Foundry ready to claim. 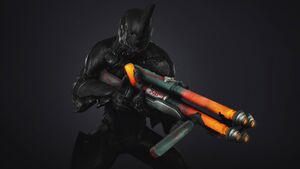 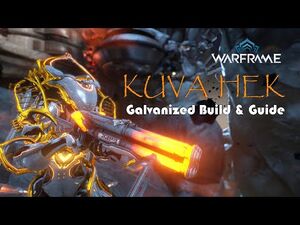 Learn What The Kuva Hek is Going On, in Less than 3 Minutes

Learn What The Kuva Hek is Going On, in Less than 3 Minutes