CODEX
The Kuva Drakgoon flak cannon sends volleys of intensely hot shrapnel ricocheting around the room that do not slow down. Larger Magazine Capacity and Reload Speed. Can be fired in wide or concentrated bursts.

The Kuva Drakgoon is the Kuva variant of the

Drakgoon flak cannon, featuring a larger magazine, faster reload speed, faster charge time, and much higher critical chance on charged shots, but at some expense to base damage.

Kuva Drakgoon is obtained by vanquishing a Kuva Lich who generated with one equipped. After the Lich is vanquished it will be in the player's Foundry ready to claim. 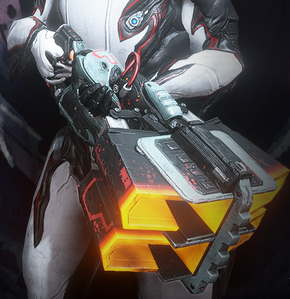 Kuva Drakgoon, as shown in the arsenal 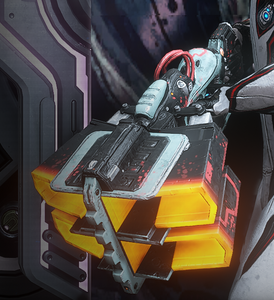