Update 27.1
CODEX
This Grineer bow delivers vengeance in the form of cluster bomb-tipped arrows that can be detonated mid-air or on impact. Low quiver capacity, arrows are recovered singly.

The Kuva Bramma is a massive Grineer bow wielded by Kuva Liches, firing arrows that produce a large

Blast explosion on impact while also depositing cluster bombs, and is able to detonate mid-flight with Alternate Fire, but suffers from small ammo capacity.

The Kuva Bramma is obtained by vanquishing a Kuva Lich who was generated with one equipped. After the Lich is vanquished it will be in the player's Foundry ready to claim.

While the weapon itself is not tradeable, a converted Kuva Lich generated with the weapon can be traded to another player. The trade is performed inside a Clan Dojo's Crimson Branch room, and the recipient must not have an active Lich. Once traded, the recipient must fight and vanquish the Lich to claim its weapon. 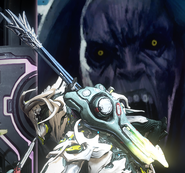 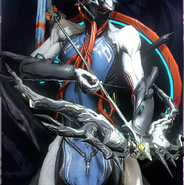 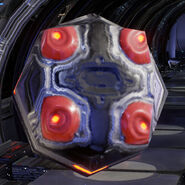 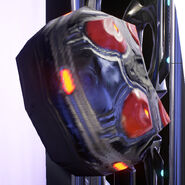 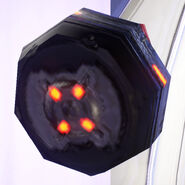 Warframe THE HUNT FOR THE MOST POWERFUL KUVA BRAMMA!

Update 28.0 The Kuva Bramma has received balance changes to address it’s overwhelming chart topping usage. The Kuva Bramma still goes boom, and we look forward to your feedback once you’ve given it a try.

Retrieved from "https://warframe.fandom.com/wiki/Kuva_Bramma?oldid=2153222"
Community content is available under CC-BY-SA unless otherwise noted.