The Korrudo is a short-range, Grineer Sparring melee weapon modeled after the Tusk Thumper's pneumatic groundpounder. It inflicts devastating blows thanks to its high damage, critical chance, and critical multiplier, only limited by its slow attack speed and minimal status chance.

Korrudo's main blueprint can be obtained from defeating a Tusk Thumper Bull or Tusk Thumper Doma in the Plains of Eidolon. 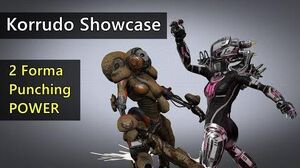 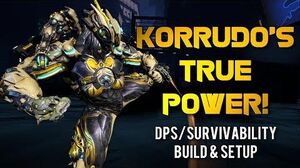