CODEX
For every shot fired in rapid succession the Kohm releases an additional bolt and grows more lethal.

The Kohm is a Grineer shotgun with a unique held-trigger function. While holding the firing button, the Kohm will add an additional pellet to the following shot until it reaches a maximum of twelve pellets per shot, all while increasing its rate of fire. However, the increase in pellet count consumes extra ammunition.

The Kohm's blueprint can be purchased from the Market. 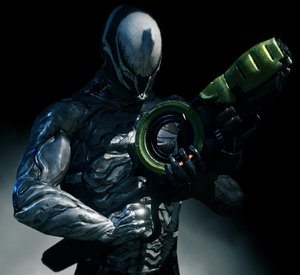 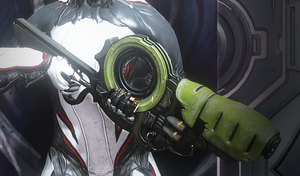 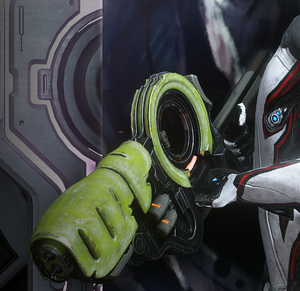