Kinetic Ricochet is a mod that allows shots from the Tetra

Tetra to bounce and travel further. Shots will bounce off of enemies and terrain. 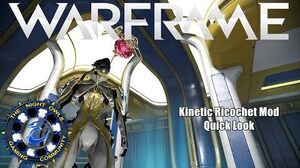 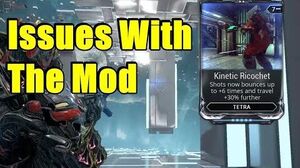 The Issues With The Kinetic Ricochet Mod (Warframe)

Old Uncommon appearance
Add a photo to this gallery

Retrieved from "https://warframe.fandom.com/wiki/Kinetic_Ricochet?oldid=2159368"
Community content is available under CC-BY-SA unless otherwise noted.