The Juggernaut is a large, quadrupedal Infested creature armed with formidable ranged attacks and deadly close-quarters combat abilities. Combining these threats with its heavy armor shell, the Juggernaut becomes an intimidating opponent. The Juggernaut's abilities include a charging body attack, a ranged spine strike (a scaled version of the Phorid's similar attack) and the ability to resurrect a number of nearby dead Infested.

A DPS cap is applied when hitting a Juggernaut's armored plating. While hitting this, the Juggernaut cannot take more than 500 damage per second.

A Juggernaut's weak points (the belly and back when exposed) possess DR that scales depending on your weapon's DPS, including critical hits when triggered, where DPS is calculated by 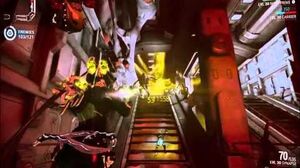 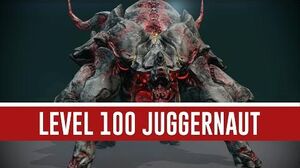 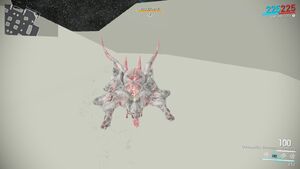 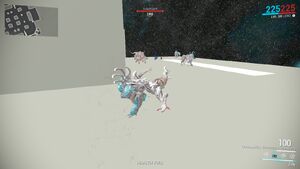 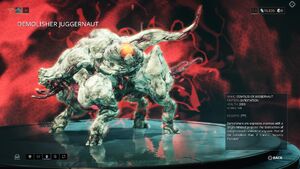 Demolisher Juggernaut, as seen in the Codex