Update 5.0
CODEX
A blade with a serrated edge that delivers strong quick attacks.

The Jaw Sword has the unique look of two interlocking pieces that form its signature jaw-like structure.

The Jaw Sword's blueprint can be bought from Nightwave Offerings. Note that the offerings are on a 7-day rotation, and this weapon may not be available on a succeeding appearance. 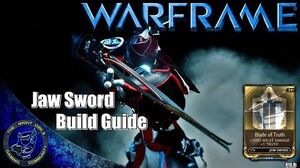 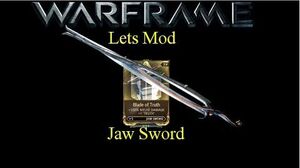 Retrieved from "https://warframe.fandom.com/wiki/Jaw_Sword?oldid=2187677"
Community content is available under CC-BY-SA unless otherwise noted.