J3-Golem was the final boss of the planet Jupiter. It was found on the mission Themisto. After defeating it and finishing the mission, players received a Volt

Volt Helmet, Chassis or Systems blueprint. As of Update 11, Volt blueprints no longer drops from Golem, but are now built in the clan dojo. Upon death, J3-Golem had a chance of dropping Neural Sensors.

In Update 10, Lephantis was planned to replace J3-Golem, but DE decided to keep Golem and moved Lephantis to the Orokin Derelict. J3-Golem was kept as a place for Volt blueprints to be obtained since Lephantis drops the Nekros

In Update 11, Alad V replaced J3-Golem as the boss of Jupiter. J-3 Golem was originally planned to appear in Invasion missions on a boss nodes (Tolstoj, Fossa, Everest, etc.) so players could still receive Volt blueprint components from him. Instead, Update 11.1 scattered Volt blueprint components across the solar system in Survival missions, leaving J3-Golem's current location unknown. Update 11.3 implemented permanent Invasion missions, but left Phorid as the boss when the Infested reach a boss node. As of the current update, J-3 Golem does not appear in any missions.

In Devstream 40, J3-Golem will make its return as a fully-reworked boss, home to the Infested Ship tileset as a full-fledged Archwing boss. This was, again scrapped with the Mutalist Alad V taking over Eris.

In Devstream 51, it is said that this boss will be the final boss of the second Trial in WARFRAME, home to the Eris.

In Update 17.5, this boss is once readded into the game as an archwing boss, albeit was renamed to Jordas Golem.

The J3-Golem used Ancient Disruptor's Pre-Update 9 model, which resembled a deformed Corpus crewman with multiple tumors around its body.

J3-Golem has no shields, but it makes itself up by having a large amount of health which can regenerate. All Toxic damage inflicted by it ignores shields and deals damage to health directly, just like the poison from Toxic Ancients and Toxic Crawlers.

J3-Golem is threatening in close ranged encounter. Although, unlike the rest of the Infesteds, J3-Golem will not charge towards you and will instead use Pull attack similar to Mag

Pull against mid-range targets. This will pull the player close to the Golem, and will immediately release a cloud of poison in its vicinity.

Against long range targets, the Golem will toss projectiles that explode into toxic gases (similar to Torid

Torid's projectile), dealing poison damage on hit or if the player walks into the gases.

Against many opponents, he will use Miasma, which clouds the area around him in poisons. His short animation while using Miasma makes it more threatening as it leave only little span of time to escape.

Due to the Golem's Toxic based attacks, extra caution is mandatory as it will damage your health directly. While its grenade spam is dangerous enough on its own, his most threatening move is Pull, which can yank you out of cover into the open and also put you in range of its poison cloud attack.

Do not worry about his Miasma as he will only activate it upon three targets. This means you can bring only one teammate to completely ban his Miasma.

Lex are advised to assault it while staying out of its Pull's activation range. Staying far away from it (40 meters or more, the grenade reaches 30 meters on flat ground) will also make its grenades miss all the time, making other Infesteds the only worry through the fight.

The Golem is best fought while standing behind short obstacles (e.g. paralon pipes) approximately up to your waist. As the Golem aims its grenades directly at your feet, they will impact the obstacle and leave you unharmed. The obstacle will also prevent you from being pulled out.

Slash Dash ability is excellent for making a quick escape after being pulled.

Iron Skin, as it makes you immune to his poison attacks. 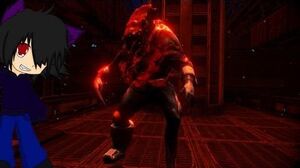 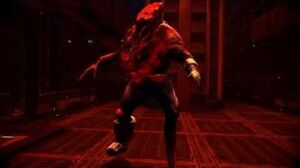 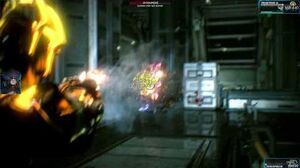