Iron Skin Augment: Recasting Iron Skin will cause it to detonate, dealing 100% of its remaining Health as

Puncture Damage, and knocking down enemies. 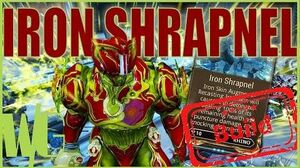