Interception missions have 4 relay points. Standing beside these relay stations will begin to capture the point. The enemy will spawn endlessly and attempt to take and hold their own points.

When you capture a point, it will start decoding a message. The more points you hold, the faster the decoding will occur. When you fully decode a message, you will have the option of leaving or staying to decode another. The more messages you decode, the tougher the enemies will become.
—In-Game Description

Interception is an Endless Mission type requiring players to capture and hold set locations on the map in order to intercept enemy transmissions by reaching 100% control sooner than the enemy faction does.

The map has four communication towers acting as capture locations, labelled A, B, C and D, with all of the locations starting out under enemy control. Players capture each location by standing within a tower's capture radius until the tower switches over to Tenno control, however if enemies are within the capture radius the point will be in a "Conflict" state, preventing the player from capturing said point unless all enemies in it are killed. Enemies can capture player-controlled towers by activating one of two nearby control consoles per capture point, which triggers an alarm the player can hear. If a player kills the enemy activating the console the point will not be captured. Capture Points are rewarded to the Tenno and the enemy at a rate proportional to the number of towers in their control. The goal is to control more towers than the enemy in order to reach 100 Capture Points first.

In the Archwing version of the mission, rather than accessing a control console, the capturing enemy unit will emit an orange electric beam connecting them to the communication tower when they get close enough, and both the comm tower and capturing unit will be surrounded by a red spherical field to denote that a capture is in progress. Once connected the capturing unit will continue to neutralize or capture the tower regardless of how far away they move from the tower, meaning that simply knocking away the enemy unit will not suffice to stop their progress - only killing the unit will stop the capture from finishing. Only one enemy can capture each tower, and if a capturing unit is destroyed another one in the vicinity can quickly take its place.

At the end of each round, each player will receive an option to either leave the mission individually and receive a displayed reward or to continue for more rewards against progressively harder enemies for another round. The mission is considered completed when players accept the offer to claim a reward and exit.

The majority of Interception maps use the same tiles as Defense missions. Exceptions to this are missions taking place in either Grineer Forest or Grineer Shipyard tilesets. 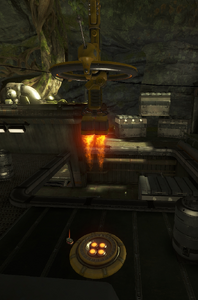 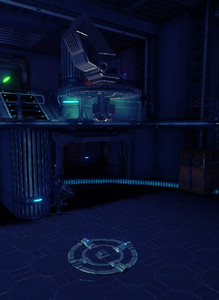 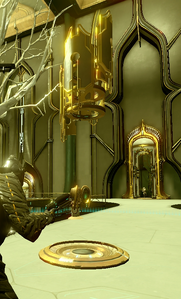 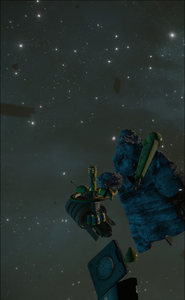