Infested Hives are special Hive Sabotage targets found within the Infested Ship tileset unique to the Infested, introduced during the Operation Breeding Grounds event in Update 13.8. They appear during Hive missions as large grey biomasses emerging from the ground with a visible large and smooth orange mass at the center.

Destroying these Hives are required to finish missions in which they appear, and up to three of them are present per mission. Hives are made immune to all attacks via the presence of Infested Tumors, growths that are similar in appearance to Hives but smaller, and appearing on walls and ceilings. Five Tumors will be present in the room in which a Hive appears, and these Tumors must be eliminated first to expose the Hive itself to attack. While harmless in and of themselves, the destruction of a Hive will trigger the permanent appearance of various environmental hazards all over the map, making the mission more hazardous the more Hives are destroyed. 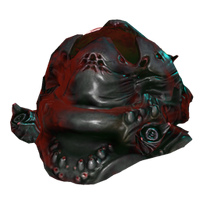 Gas type hives are identified by the faint orange gas surrounding them. On their death, bright orange clouds will appear at random locations all over the map. These clouds deal

Viral damage-over-time to Tenno inside them, along with a high chance of proccing, temporarily increasing the damage they receive. 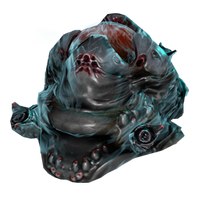 Covered in bluish frost, Frozen Hives freeze the entire map upon destruction, reducing the maximum shields of all Tenno by half. This is identical to the effect of the Cryogenic Leakage hazard, however the map will not be covered in frost or ice to reflect this. 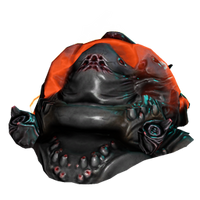 Pulsing Hives emit visible pulses radiating out of them. Upon their destruction, orange translucent spheres will appear in random places around the map. Walking into these spheres will instantly deal

Magnetic proc, reducing shields and stripping Tenno of their energy. 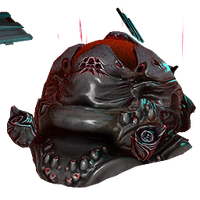 Identified by the presence of small beads of rising light surrounding it, Stabilization Hives reduce the gravity of the entire mission by half when destroyed. This is similar to the Low Gravity condition in Nightmare Mode (Hidden Messages and Patient Zero). Rarely in Syndicate Hive Sabotage mission 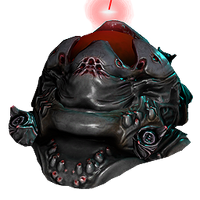 These Hives are identified by the presence of six laser beams converging into a cone on top of it. When destroyed, laser traps scattered all over the map will activate, continuously emitting red laser beams that deal

Electricity damage to anything that passes them, including Infested enemies. These laser emitters cannot be destroyed, and up to a dozen or more may appear in a single tile alone (Hidden Messages and Patient Zero). Rarely in Syndicate Hive Sabotage mission 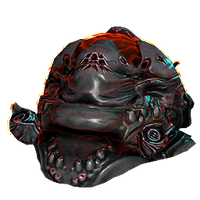 Identified by the wavy aura around them, Security Hives are responsible for suppressing the ship's defensive turrets. Upon their death, the security turrets all over the map activate, firing at any Tenno or Infested they detect (Hidden Messages and Patient Zero). Rarely in Syndicate Hive Sabotage mission

Retrieved from "https://warframe.fandom.com/wiki/Infested_Hive?oldid=2070484"
Community content is available under CC-BY-SA unless otherwise noted.