While bleeding-out, Inaros becomes entombed in a protective Sarcophagus. He can revive himself by draining the life-force from nearby enemies and allies.

This is Inaros, the savior, king of the desert.

Whether denizens of the sky or the earth, Tenno, the fear of Inaros is within.
—Lotus

Entombed for eons, the ancient pharaoh Inaros reawakens to ravage, consume and conquer all life swept up in his cursed sandstorms, leaving only the barren and drained desert of death in his wake. Inaros arose in Update 18.5 (2016-03-04).

Inaros' main and component blueprints are obtainable from the Sands of Inaros quest. The quest blueprint is tradeable from another player, or purchasable from Baro Ki'Teer for 100 Ducats

Additional blueprints can be bought from Cephalon Simaris; 25,000 Standing

“You're not supposed to be in here! You're going to ruin the surprise!”
The following article/section contains spoilers. Please complete Sands of Inaros quest before proceeding.

Hush my little dune. You don't need to be scared. There, there, that's right, shake out the sand, but remember, not all of it, and I'll tell you the story. Long ago, the lands of our colony were cursed, they were soaked in fear. The Golden Skymen would come and take our children away. Young and old alike, cowered before them, afraid to lose their most beloved. But then he came. The Fear-eater. The skykiller. He was called Inaros!

Inaros was a warrior who served the Golden Skymen, but did not approve of them taking away the children of the devout sky-worshippers of Mars. Inaros eventually defected to protect the colony. The Skymen set their armies upon Inaros, but none could prevail against him. The Skymen fled, and Inaros was hailed as a the God King of the Mars people before he ascended to watch over the colony from his throne in the sky.

Years later, the Mars colony was attacked by Infested. Inaros came to their defense and swept away the plague, but his metal body was found broken. Believing his spirit returned to the sky, the colony entombed his body in Sacred Vessels, knowing he will one day reclaim his body and rise again.

A young Baro Ki'Teer was part of the Mars colony that worshipped Inaros, but one day it was beset by Grineer. Despite Baro Ki'Teer's prayers, Inaros never came and the colony was eradicated, and he, as the colony's sole survivor, grew to resent the God King.

In present day, Baro Ki'Teer hires the Tenno to excavate Inaros's tomb, but a mysterious voice narrates the legend of Inaros, leaving Baro Ki'Teer distressed. While completing the challenges left on the Sacred Vessels, the voice is revealed to belong to Baro Ki'Teer's late mother. Coming to peace with his past, Baro Ki'Teer thanks the Tenno, remarking that the God King will rise again.

While bleeding-out, Inaros becomes entombed in a protective Sarcophagus. He can revive himself by draining the life-force from nearby enemies and allies.

https://www.warframe.com/droptables
CODEX
Rise, eternal, to cast the fear of Inaros into them. Featuring altered mod polarities for greater customization.
Inaros Prime... once-protector of the master artisans of Luna Placida... and keeper of their secrets. A walking treasure map if ever there was one. The Orokin are dead as dust, and with them your obligation. I, however, am very much alive and... I need stock. For a modest investment we can both do quite well AND keep my kiosk well supplied with Orokin wonders. What say you?
—Baro Ki'Teer

Inaros Prime is the Primed variant of

polarity. Inaros Prime was released alongside

Resurrect the undying king of the desert with the death of his foes. On fatal injury and entering Bleedout,

Inaros enters an immobile Sarcophagus. Within his tomb, target an enemy or ally on the aiming reticle (default LMB ) to release a beam that continuously inflicts 75

True damage per tick and siphon hitpoints from them, gradually filling his revive meter to allow Inaros to rise again. Alternatively, allies may manually revive Inaros by interacting with his Sarcophagus.

Unlike most frames, when Inaros ranks up he receives a special set of rank bonuses which are indicated at the top-left of the Warframe Upgrade screen:

Desiccation ability that has a chance to summon a Sand Shadow when killing a blinded enemy with a finisher. Also passively increases all Sand Shadow's damage by 2x. 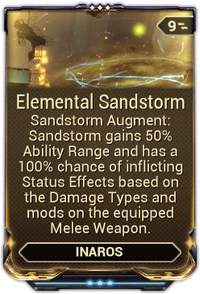 Elemental Sandstorm is a Warframe Augment Mod for

Inaros can be equipped with the following items: 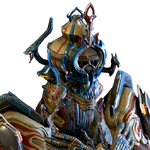 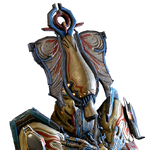 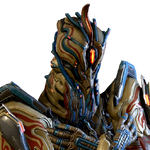 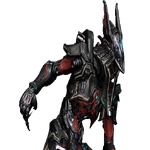 Inaros in a cave (Orb Vallis)

Inaros in the mist 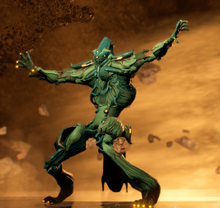 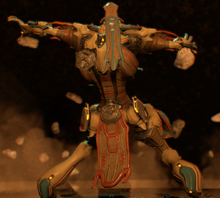 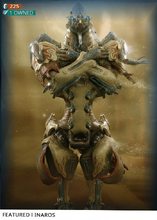 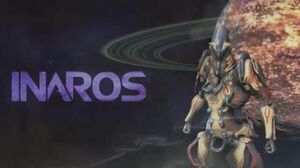 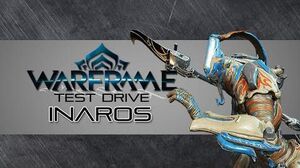 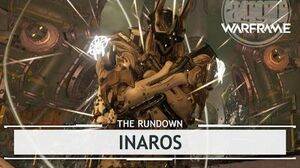 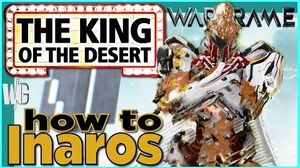 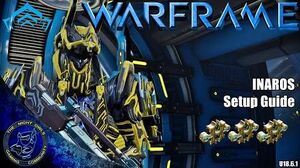