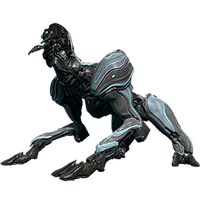 Hyena LN2 (Liquid Nitrogen) is capable of releasing a path of icicles towards its target, akin to

Cold Damage, and Hyena LN2 itself generates a freezing aura effect, which constantly inflicts Cold proc nearby, drastically slowing down those in its vicinity.