“Market forces dictate that you need to evolve or die.”
Hydroid Prime is Vaulted.
The Void Relics for this item have been removed from the drop tables and do not drop during gameplay at this time. Vaulted Void Relics already contained in player inventories are not affected and can still be either opened or traded between players.

https://www.warframe.com/droptables
CODEX
Command the ocean's fury with this king of gold and silver. Featuring altered mod polarities for greater customization.

Fear... is the greatest of faith. While our immortal vines have left us distant from our baser selves, consider our subjects:

Those who gaze upon our cloud-swept towers, with simmering, violent envy, they hold still the old fears.

Depth and darkness... The windless embrace...

We will give to fear a form and yet none a vague hydra, a load monstrosity, surging from the unfathomable... reminding them who their gods are. Hydroid.
—Ballas

Hydroid Prime is the Primed variant of

Hydroid, possessing increased shields, armor, and energy capacity, as well as an additional

polarities. Hydroid Prime was released alongside 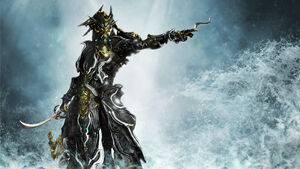 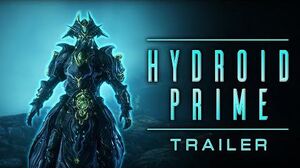