Hydroid's melee slam attacks have a 50% chance to spawn a Tentacle that lasts for 15 seconds. The tentacle seeks nearby enemies to grab and thrash them, dealing 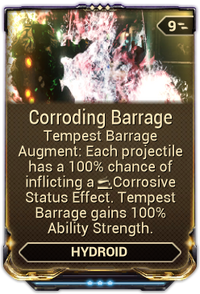 Corroding Barrage is a Warframe Augment Mod for

Hydroid where each projectile of

Tempest Barrage has a percent chance of inflicting a 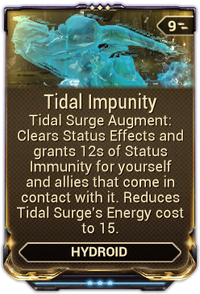 Tidal Impunity is a

Tidal Surge that allows Hydroid and all allies contacted by the ability to temporarily gain immunity to Status Effects, as well as removing already active ones. 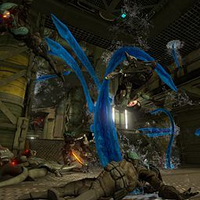 Retrieved from "https://warframe.fandom.com/wiki/Hydroid/Abilities?oldid=2034615"
Community content is available under CC-BY-SA unless otherwise noted.