Replayable
You are Tenno, you deserve a Kubrow by your side.
—Quest Description

Howl of the Kubrow is an optional Quest introduced in Update 14.0 (2014-07-18). This short quest tasks players with finding the equipment necessary to create their own personal Kubrow.

The quest unlocks after completing the Junction on Venus and must be started from the Codex.

On starting the quest, the player will receive an inbox message:

INTERCEPTED CORPUS MESSAGE: Where is my Kubrow?

You have had the Orokin Incubator Segment for months and still you've produced nothing but genetic rejects. You promised me a Kubrow worthy of an Orokin prince, not a misshapen ball of hair and teeth.

At great expense, I have procured another batch of eggs from the forests of Earth. They will reach your facility on Elara shortly. Do not waste these as you did the last ones.

I will have my Kubrow of my own. If you are not up to the task, I will find someone who is.

Having learned the Corpus acquired an Incubator Segment, the Lotus tasks the player to raid one of their bases on Venus so that a Tenno Operative may steal it as the Corpus are distracted. This is a 5 minute Survival where the player must survive against endless Corpus enemies until extraction is prompted.

With the segment acquired, the player must install it in their Orbiter.

With a means to incubate a Kubrow, the player must now find a Kubrow Egg. This can be done in multiple ways:

If the player already has an egg, this step is skipped.

Incubate and mature a Kubrow using the Incubator[]

In order to incubate the egg, incubator requires an Incubator Power Core. This can found by:

With the egg and power core in possession, the incubation can now begin. There are three options to begin incubation.

Incubation takes 48 hours to complete (24 hours if a Nutrio Incubator Upgrade Segment is installed), after which the player can name the Kubrow.

To earn the newly hatched Kubrow's favor, the player must now take their new companion to Earth to locate a collar and partake a 5-wave Defense against the Grineer with the Kubrow being the defense objective. The Kubrow does not have much health as a standard defense objective, but can be revived if it goes into bleedout. On completion of the mission, a Taichen Collar cosmetic is rewarded, completing the quest. 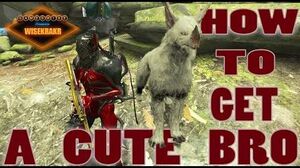 HOW TO GET A KUBROW - Warframe Hints Tips 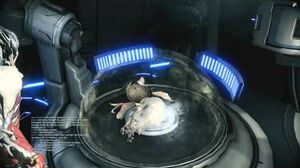 Howl of The Kubrow Quest Changes