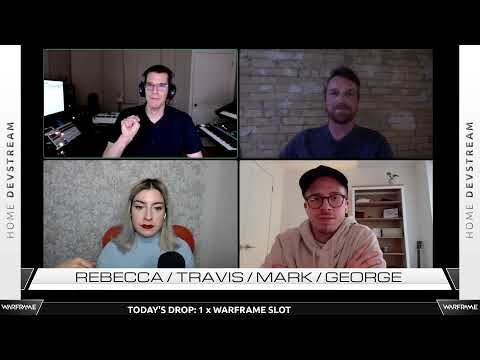 Partial summary credit to (XBOX)EternalDrk Mako on the Warframe Forums.

This Friday at 2 p.m ET - we are holding a very special ‘Sounds of the System’ Devstream. Our first department-specific Devstream being attempted from home! Join me, George, Travis, and Mark to spend an hour talking Warframe! While we are approaching our stream from the world of Sound, we'll cover a broad variety of topics while exploring all things 'Necramech Audio Design' to 'What is Daughter's Earphone Music?".

We will also go over some Hot Topics as well - don't miss it, or the Drop!

See you at 2 p.m ET Friday, November 27th at twitch.tv/warframe

Or, if you're on Switch, check us out on Youtube: https://youtube.com/playwarframe