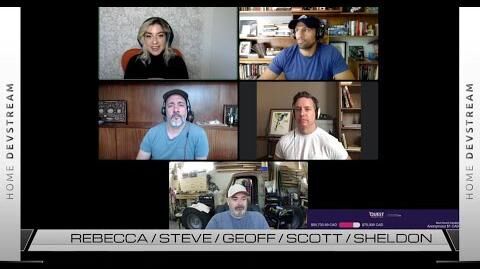 UMBRA FORMA ALERT FOR 24H AFTER THE STREAM[]

Corpus KingQueenpin/Liches (and other corpus stuff)[]

This Friday at 2 p.m ET - join some Devs and I to spend an hour talking Warframe! Join us in game from the 'Devstream Relay' on Earth to see the next Prime Warframe first hand! We truly have plenty to show, talking about what's next for Deimos and more!

See you at 2 p.m ET Friday, October 9th at twitch.tv/warframe Or, if you're on Switch, check us out on Youtube: https://youtube.com/playwarframe