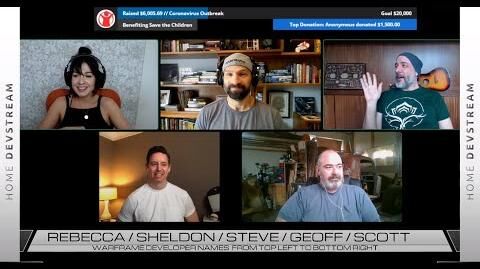 Railjack components and armaments of the same type can be 'fused' to increase the stats, similar to Kuva Lich Weapons. In addition, players can choose which bonus stat to carry over to the resultant component or armament.

This Friday at 2 p.m ET - join Devs and I to go over how things have changed at DE since our last Home Devstream on March 27. We are ending our 6th week of remote work, and we have a lot to discuss on the good, the bad, and the clone-rot since our last check in! We also have a special little video from our team at home checking in on what they've been up to!

This will be experimental as we have limited hardware at home: