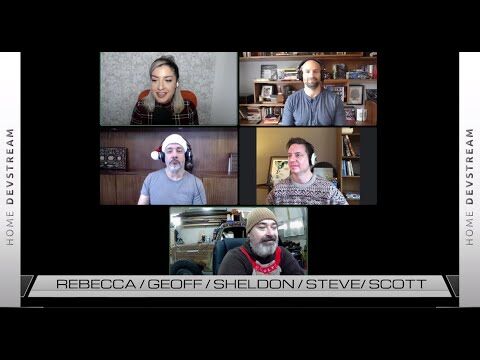 First - don’t forget we moved the date and time. You can join us this WEDNESDAY, December 16 at 11 a.m ET for the stream.

We will be at the usual place (twitch.tv/warframe) with the Devstream crew of me, Steve, Sheldon, Geoff and Scott.

We have a lot to talk about. We have even more to show. We are yet to group up on a stream and go over our 2020 Wrap up post. When it comes to content - we’ll be spending time going over Lavos and his Serpents, what a Necramech can do across the Origin System, and much much more. From Corpus Railjack to Corpus 'Queenpins'. And perhaps there's a ... Command-ing... presence compelling you to the Dry Dock? What could this mean!

Don’t miss it - and look forward to a very special Gift of the Lotus Alert after!

See you at 11 a.m et on December 16th at twitch.tv/warframe (Or, if you're on Switch, check us out on Youtube: https://youtube.com/playwarframe)

Retrieved from "https://warframe.fandom.com/wiki/Home_Devstream_10?oldid=2176057"
Community content is available under CC-BY-SA unless otherwise noted.