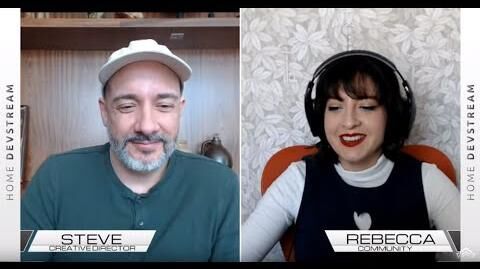 Why is Operation: Scarlet Spear so buggy?

Aside from everyone getting down with the sickness, many issues weren't caught in testing because DE doesn't have the capacity to test things at scale/under load. They want to expand the test cluster to try and test under load better in the future.

When are they adjusting scoring?

Legendary and rare Arcanes aren't in the store yet because DE is planning on adjusting scoring once scoring is working as intended, which it seems to be now. Steve says they'll take a look next week and take it from there. Right now they're focusing on bugs.

Why is Squad Link different from what was shown during TennoCon 2019?

When will the event be on consoles?

They're working on it. Coming soon.

What will DE do differently with future releases like Deadlock Protocol?

Deadlock Protocol will be a more "traditional" release. Steve feels that DE has paid the price in 2019 for being too experimental.

Will Scarlet Spear stick around?

Does not sound like there are any plans to make Scarlet Spear a recurring event (like Operation: Plague Star). They said they would give it more testing next time. Squad Link mechanics will likely stick around, a prototype exists for a linked Survival mode.

Where are Command Intrinsics?

It's being worked on. Steve doesn't want to overhype it.

Where is the next Nightwave Series?

Glassmaker has a more "small interactive component" to it. The team is internally divided about it. Has had feature creep and scope problems. Steve wants to get it done and hopes that it will come out soon.

Glassmaker is not related to Gara

Gara. It's also not about Ergo Glast.

The selected theme is the "Broken" Warframe. Nothing new to say about it.

Rebecca says not having the mocap room sucks. Steve thinks it'll be morale and dealing with family that is also stuck at home. They think people have adapted to the change pretty well.

What is the next step in the rewards discussion? Difficulty?

Scott is thinking about something like a solar map prestige that multiplies existing rewards relative to the challenge. People want to opt-in to a higher level of challenge without just increasing the level of grind. Considering something like that.

The programmers are working on DX12 support.

RTX was mentioned, but there are no plans for it right now.

This Friday at 2 p.m ET - join Devs and I on voice to go over how things have changed at DE since our last Devstream on March 13. In that time the entire company has moved from home and connected remotely, and we have a lot to discuss on how we plan on supporting Warframe with no end in sight on how long we'll be remote!

This will be experimental as we have limited hardware at home - we hope to improve the setup in the coming weeks. See you at 2 pm ET Friday March 27: twitch.tv/warframe & mixer.com/playwarframe