The Hind is a Grineer burst rifle used by their Elite Lancers. It fires five-round bursts while maintaining a low recoil allowing all rounds fired to land very close to one another, but has poor critical stats. Pressing Alternate Fire shoots single rounds with higher damage per bullet and critical stats but lower status.

The Hind's blueprint can be purchased from the Market. 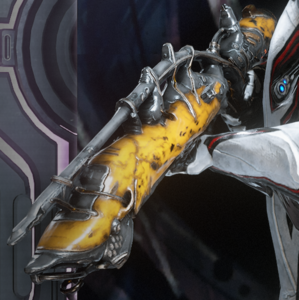 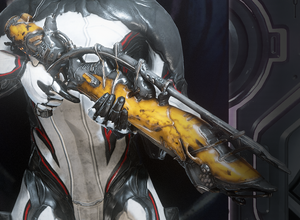 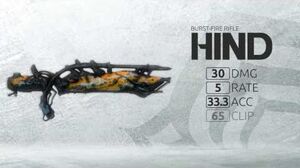