CODEX
A bloodsucker. This symbiotic burst-rifle leeches health to forge its ammo and then restores health with each headshot.

The Hema is a burst-fire

Infested rifle that requires a sacrifice of health in order to reload, but in turn uses no ammunition and fires accurate three round bursts of

Viral agents. The weapon also inflicts lifesteal upon headshots, converting a percentage of damage dealt to enemies into health for the player.

The Hema's blueprint can be researched from the Bio Lab in the dojo. 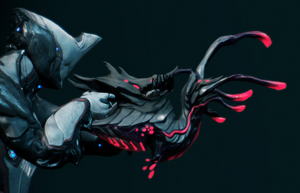 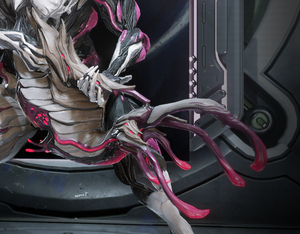 Hema when shown in the Arsenal 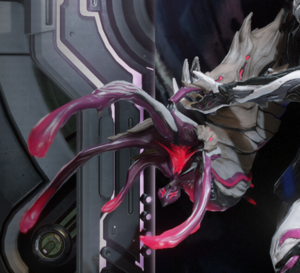