Hellions are medium armored Grineer units which are equipped with personal jet-packs that allow them to jet-jump across terrain quickly as well as hover high in the air, giving them mobility even greater than that of light units.

These Grineer seem to burst their Grakatas longer than Lancers. Apart from that, they are also able to fire Missile Barrages when airborne, capable of repeatedly knocking down unwary Tenno. The salvo of rockets will fly in haphazard patterns towards the target's general location, dealing moderate

Amusingly, if shot down while using them, Hellions' jet-packs will detach upon the death of the user, zooming around randomly before colliding with terrain and exploding; be warned that this explosion will harm anyone, including the player(s), caught in the blast.

The jet-packs can also be destroyed by shooting them while the Hellion is still alive, which does remove their flight capability and deals moderate

Blast damage to those nearby (including Tenno), although it does no damage to the Hellion itself. The jet-packs are guaranteed to explode upon the death of the Hellion if the above-mentioned scenario does not occur.

Hellions can be found on Earth, Saturn, Uranus, Mars and Ceres, with each planet having their own unique appearances for their respective units. For instance, the Mars versions are called Arid Hellions identifiable by their brown desert color scheme, the Earth versions are Frontier Hellions with their dark green forest colors, and the Uranus versions are Drekar Hellions with dark blue marine color schemes, and so on. 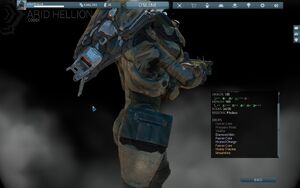 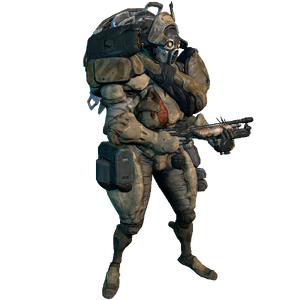 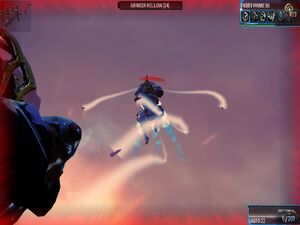 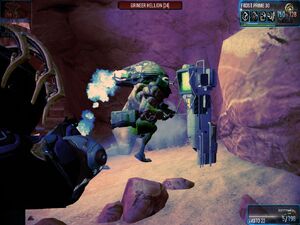 Side view of a Hellion, showing the jet pack. 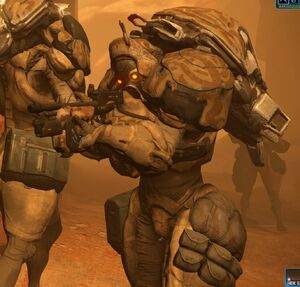 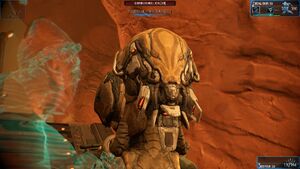 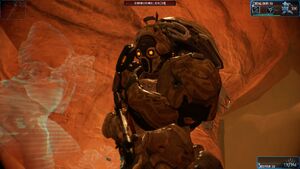 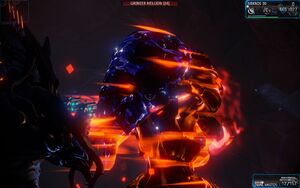 The Jetpack of a Hellion Shadow 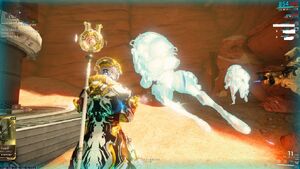 And a step to the left.