https://www.warframe.com/droptables
Heavy Caliber is a mod that increases damage of Primary Weapons (excluding Shotguns) at the cost of increased spread (reducing accuracy). Some weapons will have additional spread added, in addition to the base amount.

Mod's effects prior to Update 10.4

Mod's appearance prior to Update 14 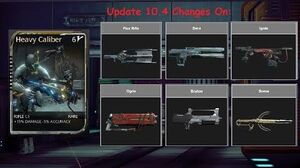 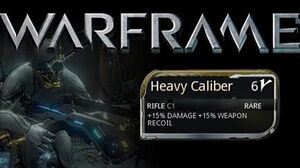