The Heat Sword blueprint is rewarded upon completion of the Once Awake Quest. Alternatively, its blueprint can also be bought from the Nightwave Offerings. 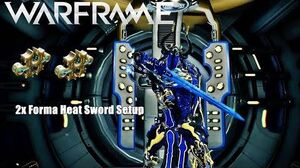 Actual patch notes made a mistake on old status chance and damage number according to archived versions of Module:Weapons/data.