CODEX
Spike enemies to the wall or reel them in with this automatic harpoon gun.

Grineer harpoon gun standard issue for Drekar Elite Lancers. It has two firing modes; its primary firing mode fires a burst of three harpoon projectiles, while its Alternate Fire fires a chain-tethered harpoon that will damage foes and pull most targets towards the user.

The Harpak's blueprint can be purchased from the Market. 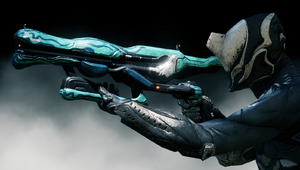 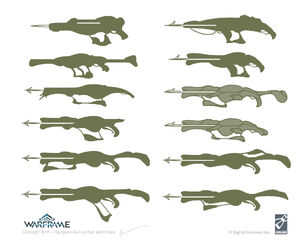 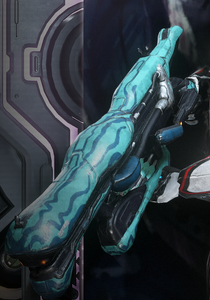