Hacking is a technique used by the player to interface with a mechanical object. It is commonly used to unlock doors, reset alarms, release hostages, retrieve data, and other various things.

Hackable terminals are indicated as a white hexagon with two dots to its sides and two cuts on the top on the mini-map. As of Update 26.0 (2019-10-31), it is performed using the Parazon.

For Corpus consoles, the player must rotate a random number of hexagonal tiles so that their patterns align. Left-clicking will rotate a tile clockwise while right-clicking will rotate it counter-clockwise. The player is given from 15 to 20 seconds, according to the mission range level, to perform the task, and turning around half of the total number of tiles will activate the intrusion system, doubling the speed of the timer. The complexity of the patterns in the console is relative to the mission difficulty. If failed, then a new cipher must be hacked.

This puzzle can be effectively solved every time by following this recipe.

For Grineer consoles, the player must press the space bar when hovering over visual slots as the selector rotates quickly around, a successfully timed click will insert the slot into the center. All slots must be inserted in order to hack the console. Inserted slots can be released by accident, in which it has to be inserted again. Additionally, as more slots are pinned, the selector will increase its rotational speed. The number of slots in the console is relative to the mission difficulty, additionally, high-level consoles will switch its rotational direction upon pinning or unpinning. There is no time limit in deciphering Grineer consoles. However, in Sorties (and Nightmare Mode), unpinning at least 3 slots in the console will automatically exit the console and mark the attempt as a failure.

These consoles only appear in The Sacrifice quest and are solved by matching Orokin symbol pairs found on walls within the vicinity to the symbols on the console. 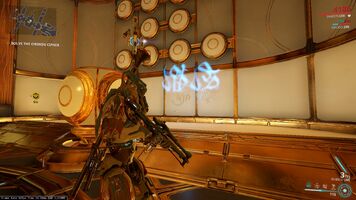 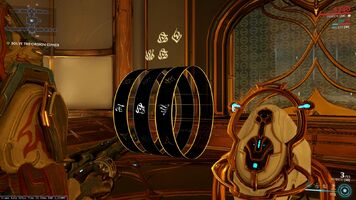 An Orokin hacking console with the pairs of symbols found placed above the "rings". 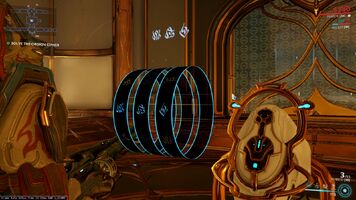 These consoles only appear in The New War and are solved by selecting dots with an inverted-movement cursor. 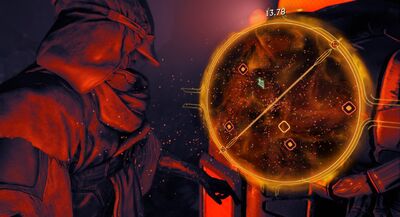 The following Parazon mods are triggered by successful hacks or during hacks:

Using a Cipher will solve the puzzle immediately. A Cipher must be equipped in the player's gear wheel before the mission. It is a one-time use item and the number a player has on them is shown at the bottom of the screen during a hack. A maximum of 100 can be used in any given mission, like most consumables.

Sometimes, enemies may interface with a control console to initiate a tileset-wide lockdown, shutting off doors to adjacent tiles. Hacking any control console after lockdown is initiated will remove it. When a lockdown occurs, the closed doors have a yellowish hue, and control consoles are marked with a yellow waypoint instead of a white one.

A lockdown also occurs when the Stalker/Shadow Stalker appears.

The Parazon is the first and most crucial piece to taking down your Kuva Lich, but it is not exclusive to the Kuva Lich system. This is a new tool given to ALL Tenno of any level and is now a part of the Tutorial. It is an interactive tool with widespread use in the game, from basics like hacking, to deeper gameplay like decoding the means to Assassinate your Lich.

CIPHER MODS - Think of these as upgrading the tool aspect of ‘hacking’. These make hacking easier or give small benefits when hack is completed successfully!