Grineer Settlements are arid environments bearing close styling to the Grineer Asteroids but outdoors and with huge, somewhat more twisted pathways and significantly more ramps and caves. This tileset takes place both in a desert environment and amongst the ruins of an extinct civilization located on Mars.

Several newer types of Grineer infantry as well as the Regulator propaganda drone appear only in this tileset. Whether this is due to the Grineer presence being a better equipped occupation force or whether the Empire has simply not yet deployed them elsewhere is unknown. Troops in this location also sport a unique desert camouflage pattern.

Feral Desert Skates swim through the sand and are hostile to both Grineer and Tenno.

The tileset was released with the successful completion of the Operation: Arid Fear.

They appear as a wild faction, and will attack both Grineer and Tenno alike. Although they present little threat, they can still alert the Grineer, causing them to alert the entire tileset, making it impossible to perform a fully stealthy run. 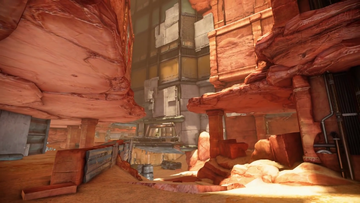 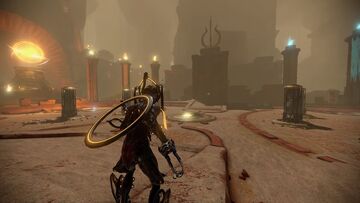 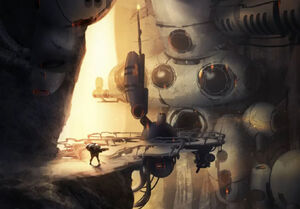 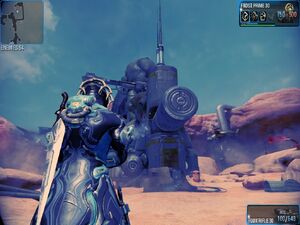 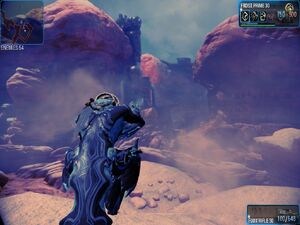 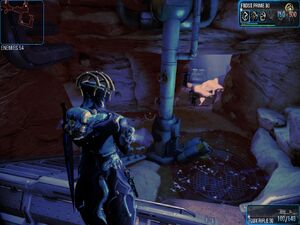 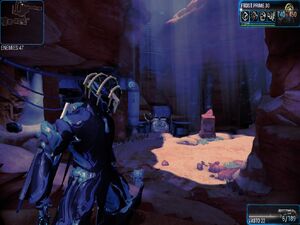 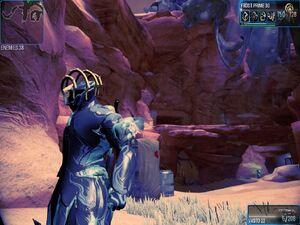 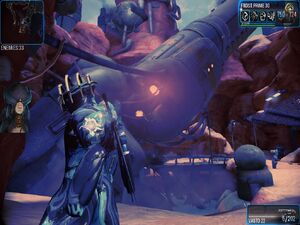 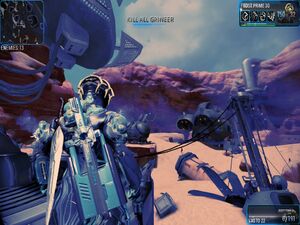 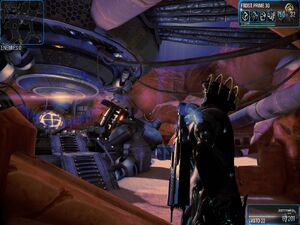 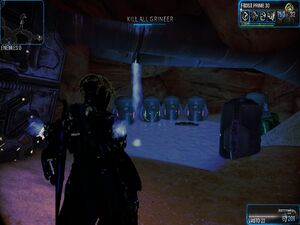 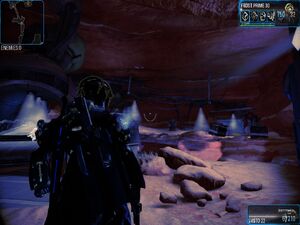 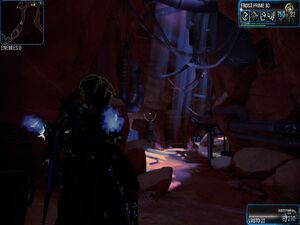 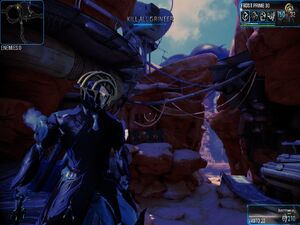 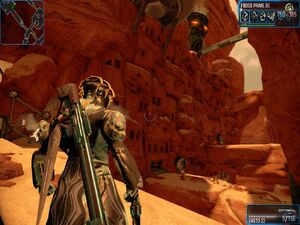 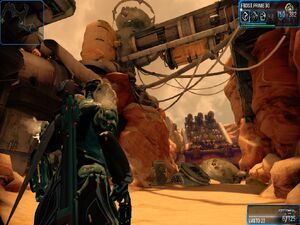 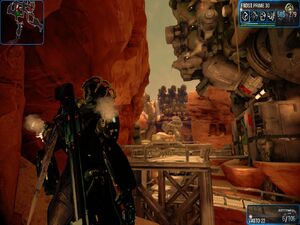 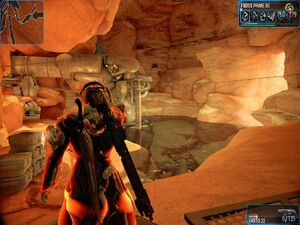 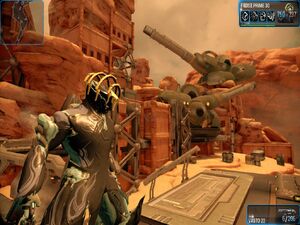 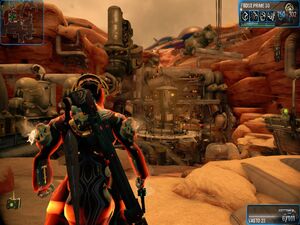 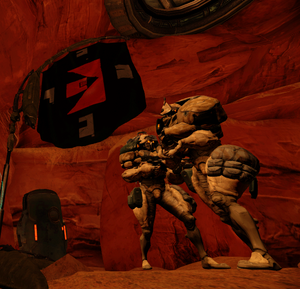 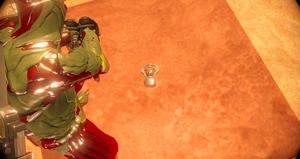 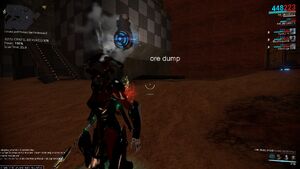 Picture of a debugging version of this tile from U14.5 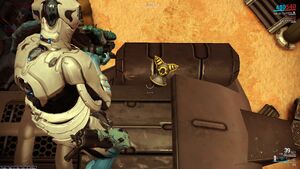 Kuria on the tower at starting tile 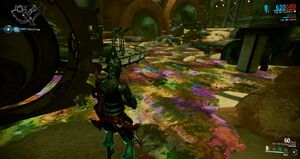