WARFRAME Wiki
Register
Don't have an account?
Sign In
Advertisement
in: Enemies, Enemies With No Drops, Lore,
and 4 more
English 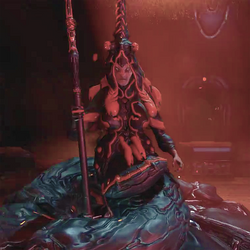 The Elder Queen is the main driving force between the two queens, representing a forceful and violent nature. While her body is Grineer, her consciousness is actually that of an Orokin, who has transferred their consciousness into countless bodies through a method known as Continuity. In The War Within where she is introduced, she attempts to lure in the player in order to invade their mind and transfer their consciousness from her diseased, mangled, and aged Grineer body into one free of disease and age. Commanding the Kuva Scepter, she holds complete control over Teshin Dax, an Orokin soldier engineered to never defy the wielder of the scepter.

She has a mechanical right arm and index finger on her left hand, and the lower half of her body is also a mechanical, snake-like tail.

The Worm Queen is the meeker, more rash companion to the Elder Queen. Often abused by the Elder, she nevertheless is obedient to her as well as sadistically scolding and threatening to their Grineer troops. In many cases she refers to eating Grineer who fail their duties by reducing them to protein paste or, in other cases, "miniature dumplings" and sauces.

The Queens are shrouded in mystery. Even the Lotus has little information about them, once believing them to be only myths propagated by the upper echelons of Grineer high command. The only person to claim any knowledge of the Queens' origins is the sculptor of the Kuria statues, known as Olemedi. According to the poem encrypted within the Kuria statues, the Queens were daughters of an Orokin aristocrat who were shunned by the Orokin due to the stigma surrounding the birth of twins. During the fall of the Orokin Empire, the Queens were somehow able to gain the respect of the rebelling Grineer slaves, becoming their leaders.

Shortly after the awakening of the player, the Queens demand an audience over long-range communicator with Admiral Vor. As a result of his repeated failures, the Queens demote Vor to Captain, promoting Boril in his place, and ordering Vor to destroy any Warframes he comes across.

Despite the destruction of several Relays by the Fomorian fleet, the Queens express great dissatisfaction with the progress made by Councilor Vay Hek, citing an increase of Tenno attacks on Grineer operations and the massive drain of resources needed to replace the destroyed Fomorians. They also threaten to replace the Councilor with burgeoning scientist Tyl Regor.

The Queens are finally revealed when the Tenno tracks down Teshin to the Kuva Fortress, a mobile asteroid base that has remained hidden from detection. The Queens had ordered Teshin, a Dax soldier whom they command the unwilling loyalty of, to deliver a Tenno Operator to them. The Elder Queen is able to use a device on the Tenno's Warframe to sever their Transference link in an attempt to subsume their consciousness. It is revealed that the Queen plans to enact an Orokin ritual known as the Continuity, that would allow her to transfer her consciousness to a new body, essentially continuing her immortality. With Teshin's help, the Tenno is able to break out of the Queen's device, and in the ensuing skirmish manage to destroy the Queen's guards and steal her Kuva Scepter.

Depending on the Alignment choices the player makes during the quest, the Elder Queen can be left alive to rot inside her decaying Grineer body, or killed either by the Tenno or Teshin. Regardless of these choices, the Worm Queen escapes.

In later Kuva Fortress missions coming after the quest is completed, the Worm can be heard ruthlessly commanding the Grineer forces of the Kuva Fortress and ordering the deployment of Kuva Siphons in various locations throughout the Origin System. In these transmissions she claims that her sister is still alive and "sick", and that the Kuva she is stockpiling is meant to help her.

It is revealed in Kuva Guardian's transmission that the Queens use their gathered Kuva, also called the Old Blood or the Queens' Blood by the Grineer, to create Kuva Liches from nearly deceased Kuva Larvlings in order to hunt down the Tenno.

After The New War, the long-lost Orokin colony ship Zariman Ten Zero reappeared from the Void. Immediately, both Parvos Granum and the Worm Queen sent their loyal subordinates to claim the legendary vessel in their name. Power aboard the Zariman periodically shifts in either side's favor as both the Tenno and the beings now inhabiting the ship strike back at them to protect their home. 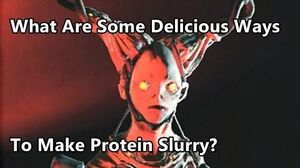 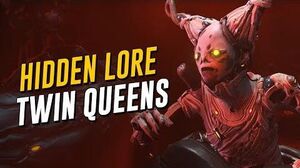 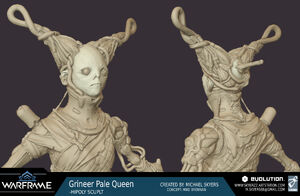 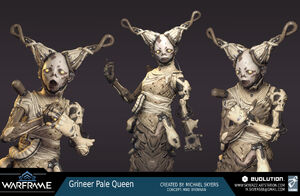 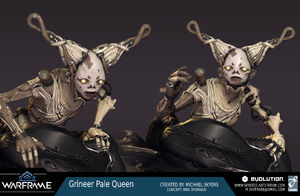 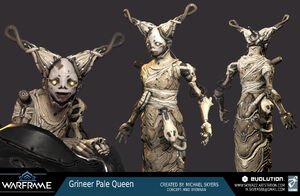 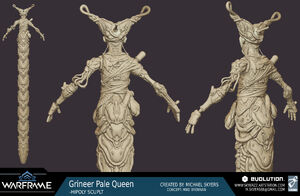 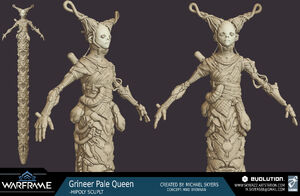 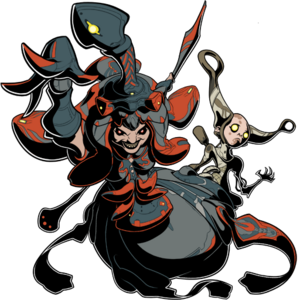