Grineer Galleons are the second tile set for Grineer after the Grineer Asteroid Base. The Grineer Galleon has a rather dated atmosphere, with grimy hallways and large docking bays to hold and maintain smaller vessels. Dark and foreboding in most areas, the Galleon is mostly lit by the light of the stars shining through the windows. 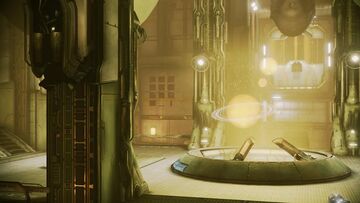 Retrieved from "https://warframe.fandom.com/wiki/Grineer_Galleon?oldid=2089076"
Community content is available under CC-BY-SA unless otherwise noted.