Weapons
CODEX
Shatter your targets with explosive shells from this devastating Archwing canon.

The Grattler is a quad-barrel Grineer autocannon for use by Archwings. Its explosive projectiles make it ideal for clearing out groups of enemies, which is counterbalanced by its limited range and projectile travel time. 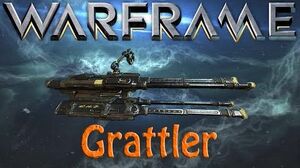 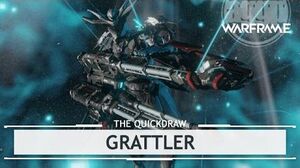