CODEX
The Gorgon sports a large clip that allows it to provide suppressing fire and sustain a high damage rate over a long time. Its high fire rate is only achieved following a short wind-up cycle.

The Gorgon is a

Grineer light machine gun standard issue to Heavy Gunners and Grineer Wardens, and wielded by Lieutenant Lech Kril. It has a small spool-up period during which it fires slowly, before reaching its maximum fire rate. 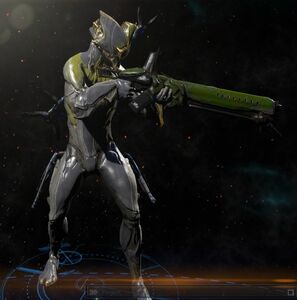 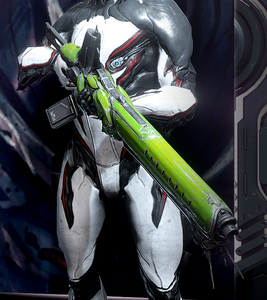 Gorgon as shown in the Arsenal 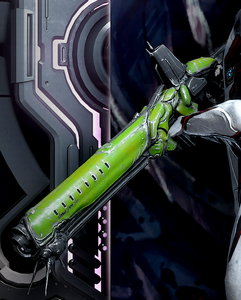