https://www.warframe.com/droptables
CODEX
Vay Hek's personal favorite, the Devourer is a maximal terror unit. Draped in shreds of the diapause bag that birthed it, this gap-mawed monstrosity barrels toward prey with furious intensity.

Wrist-mounted hooks are welded to elbow joints and hyperpowered by a myotechnical winch system for maximum impact-and-pull.

The Ghoul Devourer is a Grineer Ghoul that is considered Vay Hek's personal favorite. Despite its massive girth, it is armed with a powerful wrist-mounted hook that allows it to close the distance between it and its target. As with all Ghouls, on death they will release a cloud that inflicts 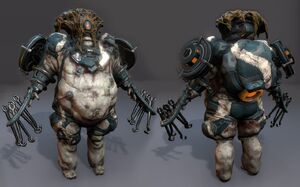 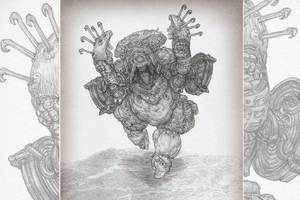 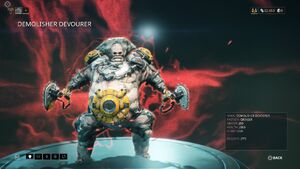 Demolisher Ghoul Devourer; note how this variant has a visible face