The Gazal Machete is a unique melee weapon that serves as a companion weapon to the Djinn sentinel. Each enemy killed will add potential Corrosive Damage

Fatal Attraction will buff the Gazal Machete with additional corrosive damage for a short period of time.

The Gazal Machete's blueprint can be researched from the Tenno Lab in the dojo. 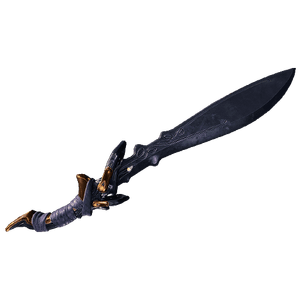