Howzit, Outworlder! Welcome to Fortuna, nerve-center of Nef Anyo's attempts to terraform Venus and home to the Solaris rig jockeys who make it all happen. Talk to the local reprobates for all your quasi-legal needs! If you're looking to hit the Orb Vallis talk to Eudico. It ain't much, but it's home... provided you can handle all the noise comin' from the vents.

As a city hub, players can interact with various NPCs to purchase items from shops, or accept quests or bounties to be completed out in the vallis. Players can enter the Orb Vallis via an elevator on the far end of the colony, leading to the open frigid field beyond. The elevator acts as a loading screen, and players will be unable to exit out the other end until the loading is complete.

The Solaris United are a rebel group of Solaris workers, seeking to liberate their fellow unhappy laborers who work for Nef Anyo underground in Fortuna. The Solaris workers possess body augmentations that make them appear as Corpus-machine hybrids, and are responsible for processing the underground network of Orokin terraformation coolant and refining it for use back on the scorched surface of Orb Vallis on Venus.

The Orb Vallis is an open-world region on Venus. This land of duality, where cold tundras made by Orokin terraformation devices mix with the original harsh Venusian atmosphere, is home to multiple Corpus outposts and colonies, among them the debt-internment colony of Fortuna. 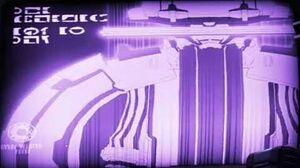 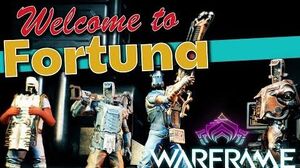