Focus (version 2.5) refers to the unlocking of a Tenno's true abilities, guided by the principles of the Five Great Tenno Schools.

Upon completion of The Second Dream quest, players become able to perform Transcendence. When activated, an invulnerable projection of the Tenno Operator (along with a powerful Void Beam attack) will appear and hover from the Warframe, able to be controlled through basic movement. During Transcendence, the player's Warframe is invulnerable but disabled. Channeling/cast Abilities will remain active however. This state lasts for 10 seconds unless the player manually deactivates it or falls off a platform. Each activation of Transcendence has an initial cooldown time of 180 seconds.

Completing The War Within replaces Transcendence with Transference, which allows the Operator to physically join the battle with an entirely new set of Abilities, Amp and Arcanes.

Acquiring both Transcendence and Transference are required to activate and take advantage of the passive and active Focus powers provided by each school. 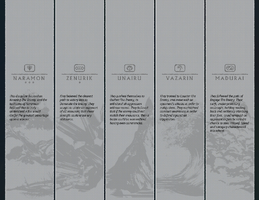 The Tenno Schools represent differing paths of discipline in regards to the Tenno's personality and fighting styles, manifesting in the various abilities that each school provides for the Tenno Operator. Several aspects of the Focus powers are additionally granted towards the active Warframe.

At the end of The Second Dream, players are asked to choose one of the five Tenno Schools available as their starting Focus school. Focus is classified into the five Schools, similar to the modern polarities:

Each school has their own skill tree comprising of 10 abilities called Ways, which unlock various passive abilities that can enhance Operator powers and to a lesser extent, grant improvements to the player's Warframe.

Each Way contains their own ranks which can be increased by spending Focus points into the specified Way. An unlocked and activated Way will be lit up in red, the lines between two Ways signify the outer's dependence on the activation of the inner Way as a pre-requisite to be able to be active.

Unlocking a Way requires a one-time spending of Focus, while ranking up a Way can be performed by gradually allocating points into it by holding down the Focus button beside the Way's icon until the required amount of Focus is reached, thereby reaching the next rank.

Focus allocation can be stopped at will, and will also stop once the current amount of held Focus for that school is depleted. The player must then confirm the allocation; otherwise they will revert their Focus powers to that of the last-confirmed change. Once confirmed, Focus cannot be reimbursed or retrieved.

Ways are split into Active, Passive and Way-Bounds, which will be covered below. Active and Passive ways are only usable in the specific focus school they belong to, and will not have any effect if another school is selected as primary.

Active Ways are abilities that provide improvements or alterations in regards to utility and the Operator's Void powers, namely Void Blast, Void Dash and Void Mode, and are denoted by having a circular icon. Activated Active Ways may have an associated energy cost increase, consuming more Void energy. Deactivating Active Ways will return cost consumption of the stated power to normal.

Each school has 6 Active Ways.

Passive Ways are abilities that provide passive enhancements to a Warframe's and/or Operator's stats, and are denoted by a hexagonal icon. These ways apply their bonuses from the start of a mission.

Each school has 2 Passive Ways.

Way-Bound abilities passively enhance the Operator's base combat stats. Unlike all other Ways, these can be "unbound" from the Focus school they are part of, therefore showing up (and treated as) as an additional unlocked Way in any selected school afterwards. To reactivate the unbound node(s) their usual capacity is still required.

Unbinding a Way-Bound node requires the node to be upgraded to the last rank, each final rank requiring 1,000,000 Focus points and a Brilliant Eidolon Shard.

Initially, only two Focus Ways per school will be available to the player for activation upon completing The Second Dream Quest, both abilities mainly providing passive Warframe bonuses. In order to reveal the rest of the Focus abilities in a particular school, players must have completed both The War Within and Saya's Vigil, and subsequently visit The Quills on Cetus in order to be able to unlock and rank up their Ways.

The Madurai way is a school dedicated to offense. Tenno of the Madurai way are unrelenting fighters, excelling in the arts of ambush and barrage. Those who mastered the Madurai school are granted predatory, savage power.

The Vazarin way is a school of the Protectors. The Tenno of Vazarin excels in the arts of emergency support, self-sustenance, recovery and warding power. Those who mastered the Vazarin school are granted defensive benefits.

The Naramon way is a school focused in the art of assault. The Tenno of Naramon excels in direct combat to both dominate and neutralize armed enemies. Those who mastered the Naramon school are enhanced with speed and raw, brutish force.

The Unairu way trains to become an indomitable soldier. The Tenno of Unairu provide the frontlines with unmatched tenacity, along with direct buffs to allies' offenses and defenses. Those who mastered the Unairu school are granted enhanced damage resistance and damage reflection.

The Zenurik way is a school dedicated to the arcane. The Tenno of Zenurik are formidable in the arts of enemy attrition and battlefield control. Those who master the Zenurik school are granted tactical and spellcasters' benefits.

Focus Lenses are special items that convert a specific percentage of Affinity earned on a fully leveled (Rank 30 or 40) gear item to Focus points; these accumulated points can be spent on upgrading or unlocking Focus abilities. A single Focus Lens can only be installed on fully leveled items; if an item currently equipped with a Focus Lens is polarized, it will need to be fully leveled back to continue earning Focus points.

Focus points can be spent by accessing the Focus menu on the Orbiter's Transference Room. These can be spent to unlock a new school, unlock or upgrade a node or increase the maximum Way Capacity.

Regular Focus Lenses convert 1.25% of excess affinity earned into Focus points. These lenses can be acquired as rewards from Bounties (level 20-40 and 30-50) offered by Konzu in Cetus on the Plains of Eidolon, and by Eudico in Fortuna on the Orb Vallis. Alternatively, they can also be traded between players with a

Greater Lenses convert 1.75% of excess Affinity into Focus points, 40% more than the regular Focus Lens. Blueprints can be bought with credits from the Components section of the Market upon completing The Second Dream quest, with complete Greater Lenses purchasable for

‍40. Greater Lenses cannot be traded. Greater Focus Lenses require a set of four matching Focus Lenses from any of the 5 Tenno Schools to craft.

Eidolon Lenses convert 2.25% of excess Affinity into Focus points, 28.5% more than a Greater Focus Lens and 80.0% more than a regular Focus lens. Their blueprints can be obtained from Tier 5 Cetus Bounties or traded between players. The lens can also be bought from the Market for

‍80. Crafted Eidolon Lenses that have been attributed to a school can be traded between players. Eidolon Lenses require a Greater Focus Lens from any of the 5 Tenno Schools to craft.

Lenses can be applied to the following pieces of gear:

To equip a Lens, visit the "Actions" menu in the Mods loadout screen and select the "Focus Lens" item. Note that once a Lens is installed, it cannot be removed, only replaced with a different one (which will destroy the equipped lens).

Players who have not completed The Second Dream quest will not see the option to install a Lens.

The school of Focus earned is determined by which school of lens that is installed (e.g. installing a

Naramon Focus). Focus points as mechanics which pertain Affinity distribution are as follows:

There are multiple types of Focus Lenses of varying effectiveness available, which can be acquired from different sources.

Convergence orbs, which are yellow glowing orbs, multiply the amount of Affinity converted to Focus by 8x for either a period of 45 seconds, until death, or when the daily Focus cap has been reached, whichever is shortest.

These orbs appear periodically (with a glowing indication of its location) throughout a mission if the player has brought a weapon or frame equipped with a focus lens. They stop spawning once the daily Focus cap has been reached.

Unlike most buffs, Convergence duration cannot be altered or interrupted by abilities like knockdown, Dispel or falling off the map. Immediately upon expiry, a short summary of Focus points earned during the active period will be displayed on the player's screen.

All Focus schools have the same total Way capacity or

Pool. Pool is consumed upon activation or attaining a higher rank of a Way; the more total Pool a player has, the more Ways can be simultaneously active at once. The cap on capacity initially starts out with four of five points, with the starting skill already taking up one capacity. Unlocking (and therefore activating) each Way will consume one capacity, with each incremental rank increases its capacity consumption by 2.

Way capacity can be increased by spending the required lump of Focus points from the currently selected Primary school, either through the school selection screen or Way selection screen. Pool capacity is increased by one for every increase, and the amount of Focus needed is also increased for the next increment. If players have an insufficient Pool capacity they will be limited in how many Ways they can simultaneously activate or upgrade.

Increasing the Way Capacity directly affects the total capacity each school has, and each active Way will only consume the capacity of its own school. For example, a total Way Capacity of 10 will allow the Ways in the Zenurik school to consume up to 10 Way Capacity, separate from the consumption of Ways in the Naramon school.

Unlocking each of the remaining schools requires a lump of 50,000 Focus points, though players must first accumulate Focus points through using Lens attributed to the desired school. Afterwards, they are able select a single Primary Tenno School, switching all bonuses of the previously selected primary school to the bonuses of the current primary school.

Previously, players who wish to max out their school (every node maxed and unlocked, including the 2 Brilliant Eidolon shards and 2,000,000 additional focus to add the way-bound nodes to your other schools) will require roughly the following amount of Focus per school. The duration has since been greatly shortened with Synthetic, Brilliant and Radiant Eidolon shards bypassing this cap, granting 5,000, 25,000 and 40,000 focus points respectively.

*Not factoring in Focus gained from converting additional Eidolon Shards, which bypasses the daily limit and higher Mastery Rank limits. 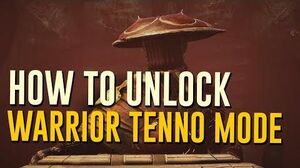 How to Seek out the Quills Plains of Eidolon (Warframe) 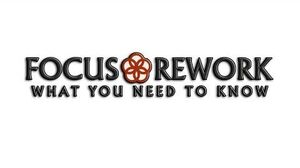