The Flux Rifle is a

Slash damage, enabling it to slice through flesh with ease. It also features a battery that automatically regenerates ammo after the user stops firing for a second.

The Flux Rifle's blueprint can be researched from the Energy Lab in the dojo. 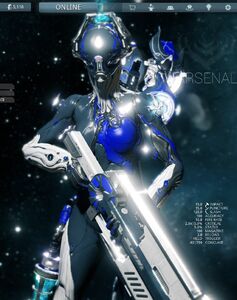 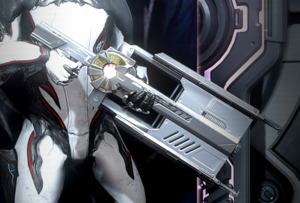 Flux Rifle when Equipped in the Arsenal 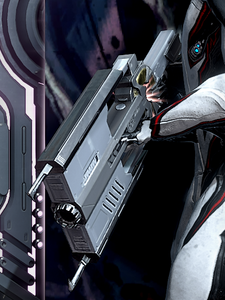