Firestorm is a rifle mod that increases the blast radius of weapons with radial attacks.

Apart from enemy drops, this mod is also awarded from the Referral Program upon gaining 15 Recruits, or as a potential reward from a Hive Sabotage cache.

Mod's appearance prior to Update 10.5. Note the partial rank ticks on the left side of the mod.

Mod's appearance prior to Update 14.

Old mod card showing the specific weapons it could be equipped on. 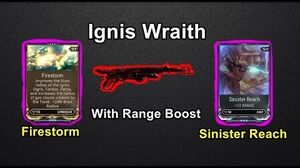 Visual Demonstrations Of Firestorm And Sinister Reach On Ignis Wraith 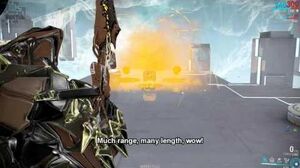 Firestorm On The Torid (Warframe)