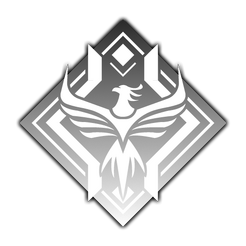 Fiery Phoenix is a battle Avionic that can be equipped in the third Avionic Grid slot. While toggled active, the Railjack is surrounded in a fiery barrier, increasing its speed and damage reduction, as well as leaving a fiery trail in its wake similar to Nezha's Fire Walker that inflicts

Incendiary damage to enemies that pass through it. When deactivated, the Railjack will unleash a radial pulse of fire damage that increases based on the duration it was toggled active.

Retrieved from "https://warframe.fandom.com/wiki/Fiery_Phoenix?oldid=2193764"
Community content is available under CC-BY-SA unless otherwise noted.