After a Bullet Jump or Double Jump
Air melee launches a projectile that explodes on impact, increasing damage dealt by 400% damage after traveling 30m

https://www.warframe.com/droptables
Exodia Contagion is an Arcane Enhancement for Zaws that unleashes a projectile of Infested energy upon performing an aerial melee attack while aim gliding after a bullet jump or double jump. Increasing the Enhancement's Rank gives the projectile additional damage if it travels 30 meters before it contacts an enemy or a surface. 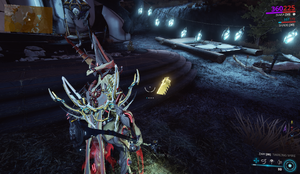 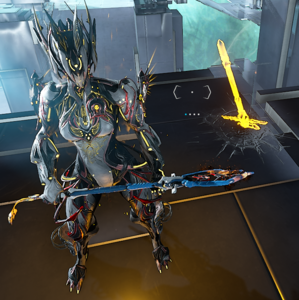 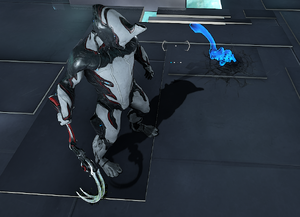 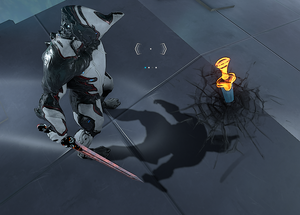