At the start of the mission, objective markers will appear showing the location of Excavators.

Travel to these points, and use Power Cores to activate the Excavators. Defend the Excavator until it can unearth what it was looking for. Up to three excavators can be activated at the same time.
—In-Game Description

Excavation is an endless Mission type introduced in Update 14.5 (2014-08-28) for the Operation Cryotic Front event, and formally introduced as a standard mission type in Update 14.10 (2014-10-08). This game mode tasks players with searching and then extracting various artifacts buried deep within a planet's surface. This mission is the primary source of

Players will first need to travel to dig sites whose positions are located on the minimap by the Lotus every 60 seconds, with a maximum of 4 potential dig sites being available. Dig sites will not spawn near a freshly-excavated area, necessitating constant relocation as the mission progresses. Once players walk within 20 meters of a dig site, an Excavator will drop in on the location and start digging. An Excavator requires 100 seconds to accomplish its task, and must be protected from enemy fire during the duration of its operation in order to receive additional rewards. However, each Excavator only has 20 seconds worth of energy when deployed, thus players will have to locate

Power Cells which are carried by designated Power Carriers. Killing a Power Carrier will drop a Power Cell, and each cell adds 20 seconds worth of energy to the Extractor and restores its Shields. Holding a Power Cell will limit the player to their Secondary weapon or Melee weapon, identical to a Mobile Defense datamass, and is automatically consumed once the player walks within 5 meters of the Excavator. Extractors will only accept Power Cells if it lacks the necessary amount of energy to complete the task or if its shields are depleted.

Regardless if the Excavator is successfully defended or not, all players will receive

Cryotic for every second the Excavator was active (thus awarding 100

Cryotic for a successfully-defended Excavator). Additionally, if the Excavator survives to complete its digging, all players will receive a random reward. Once at least one Excavator is defended, the mission's extraction point will be revealed, allowing players to complete the mission if they choose to. However, Alert Missions (Including Syndicate Alerts and Nightmare Alerts), Invasions, Kuva Lich Controlled Territory Missions and Sorties will only allow extraction after 500 units of

Cryotic have been extracted; Void Fissure and Kuva Siphon/Flood missions unlock extraction after 200 units of

Cryotic have been unearthed; and Mine of Karishh (Grendel Systems Locator) requires 800 units of

Cryotic before extraction is made available.

Similar to Survival missions, the rewards for every successful excavation stack, and players can claim all artifacts that have been recovered upon extraction. Also, up to three Excavators can be active at once if desired, limited only by the squad's ability to defend them. While survival works by a reward every 5 minutes, Excavation is per extractor. With the ability to run multiple extractors simultaneously, and taking far less than 5 minutes each, Excavation missions lead to more frequent, and usually more numerous rewards.

For Excavation missions that use the tier rewards table (i.e. excluding Arbitrations and other special mission types), players will earn one reward for every 100 Cryotic excavated (not factoring Resource Boosters). This means that players can earn rewards as quickly as they can successfully defend an extractor to completion, or more slowly from partially defended excavators.

For Void Fissures, relics will be cracked open after every 200 Cryotic excavated.

Reward tiers are based on the starting level for enemies within the mission:

Excavation missions also have one of the highest enemy densities of the standard mission types, which lends itself to more quickly acquiring resources, affinity, and mods relative to the planet and type of enemies.

As an example of a possible reward sequence for successfully defending and powering four excavators on Everest, Earth: 1500 credits, 80 Endo, a Lith Relic, and finally an Arrow Mutation mod, in that order.

These Excavation missions have a higher level range than the planet they're found on, but yield greater Affinity and Credits due to the inherent bonuses of Dark Sectors. 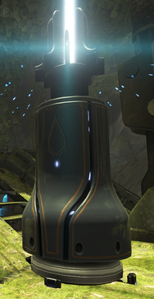 Scanner, no longer exists as of Update 16 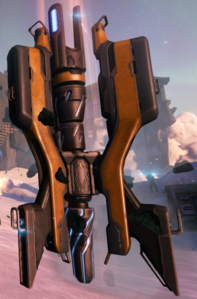 Excavation missions have had the same property since launch: all Excavators have 500 Shield, 2500 Health no matter the mission level. As of our coming PC mainline update, both Health and Shields will scale following the same formula as Mobile Defense Terminals. Shield Regeneration of Excavators will be a percent of health vs. flat value to deal with scaling shields.

Why: This change will bring Excavation in line with existing mission types that have scaling properties after several years of having flat values. True to our initial goal of fixing inconsistencies, we are making these mission objectives scale in a consistent manner to other mission objectives.

In the simplest of terms, UI for Excavation missions has been cleaned up and simplified!

With the precedent already set from Fissure missions for rewarding per normal endless cycle, Invasions felt strenuous due to their lengthy mission completion requirements. Considering there are other “faster” mission types available to get your reward and get out, it was time to cut back a bit on the way 'endless' variants work within the system. As a result, the following mission completion requirements have been scaled back: